What's the Best Time to Sell Your Property? 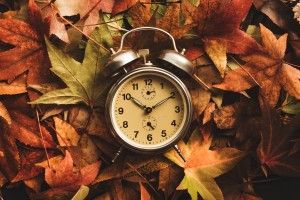 What's the Best Time to Sell Your Property?

The season in which you put your property up for sale can have a definite impact in how fast and how well you sell it. To learn what the best time to sell is, read this post by Speedy Title and Escrow Services, LLC in Clinton Township.

When you think about selling a property, you probably consider the real estate agent you'll be working with, the price you're going to set for the property, the advertising strategies you're going to use to capture the attention of your target audience, and more. However, have you stopped to consider the time at which you'll be putting your property up for sale? Believe it or not, the season or month during which you put the property up for sale can influence the selling process (mainly, how fast and how well you sell the place). To make sure you take into account the different seasonal factors that can impact your selling process, continue reading the post below.

Whether rain or shine, call Speedy Title and Escrow Services, LLC at (586) 739-2233 for all of your title services needs, including title insurance in Clinton Township.

When to Sell Your Property

If You're Selling in Spring

Let's start the post with the season of rebirth and starting fresh, spring. Flowers bloom and birds chirp again. And just like that, March, April, May, and June can also breathe new life into your home selling process. To understand why that is, you need to look at your calendar and notice that, aside from spring break, there aren't any major holidays or vacation periods happening during the springtime. This means that, for the most part, people won't be saving up or worried about spending a large sum of money on other ventures. Plus, since it is the season of rebirth, people may be looking for ways to start anew, which opens a window of opportunity for your property. All in all, it may be that putting your property up for sale during the spring yields the best results.

If you're putting a property up for sale, make the process safer with a title search and title insurance in Clinton Township. Call Speedy Title and Escrow Services, LLC at (586) 739-2233 for more information on how they can assist you.

If You're Planning on Selling During Summer

When you think about the summer months (June, July, August, and September) you think about the heat, about the end of the school year, about the summer vacation, and about the return to school. Still, while they may be the hottest months of the year, your sale may go cold if you try to sell your property during them. During this time of year, people's minds and wallets are busy elsewhere. Be it that they're planning a big family trip to the beach or to another location, or that they're getting ready to end/restart the school year, it's likely that the majority of people won't be actively looking for a new property to invest in. Of course, you could still take a shot at it, but it may not be as successful.

Call Speedy Title and Escrow Services, LLC at (586) 739-2233 to learn how they can assist you through your real estate transaction.

If You're Putting Your Property for Sale in Fall

After the summer months are over, comes a new season, fall, which lasts from mid September through mid December. The leaves start changing and the air starts becoming crisper. And with them also comes a change in the real estate business. This is because, your chances of selling well also change with the weather. You have a higher possibility of getting your place off the market during the first half of the season. Again, this is due to the fact that there aren't any major holidays or expenses for people to think about. However, the winds turn halfway through it. All of the major holidays are fast approaching (Thanksgiving, Christmas, Hanukkah, New Year's and other winter celebrations). For your business, this means you won't be able to sell as well during this time.

No matter the season, Speedy Title and Escrow Services, LLC can provide the guidance you require during your real estate processes. Call (586) 739-2233 for more information.

If You Want to Sell During Winter

Last but not least, there are the winter months to consider (which, as you know, are December, January, February, and March). By now, you should have a pretty clear idea of what the panorama will be like for your selling process during these months. Basically, the opposite happens than in fall: the first half isn't great, but the second half looks up. The holidays will have people focusing their money and effort on them. However, as the new year starts, and with some of the end-of-the-year spending behind them, some people will see this as a way of get a fresh start. This means it's the perfect time for you to put your property up for sale. Plus, as you already know, spring is a great time to sell, so why not get a head start on it?

Call Speedy Title and Escrow Services, LLC at (586) 739-2233 to get a professional title search and title insurance in Clinton Township.